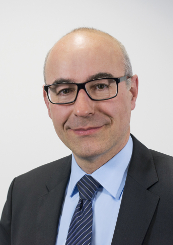 Professor Achim Wambach, PhD, has been President of the ZEW – Leibniz Centre for European Economic Research since April 2016.

In September 2018 he was appointed Co-Chairman of the Commission Competition Law 4.0 of the German Federal Government. From 2015-2018 Achim Wambach was a member of the steering committee of the German National Platform for Electric Mobility (NPE) as well as of the Scientific Advisory Board for the Further Development of the Risk Structure Compensation Scheme. He is also a member of the Academic Advisory Board at the Federal Ministry for Economic Affairs and Energy, acting as its chairman from 2012-2015.

Prof. Achim Wambach has been a member of the Monopolies Commission since July 2014 and was elected chairman until September 2020.