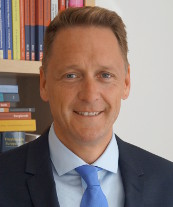 Prof. Dr. Juergen Kuehling holds the Chair for Public Law, Real Estate Law, Infrastructure Law and Information Law at the Faculty of Law of the University of Regensburg since 2007. He studied law at the Universities of Trier, Germany, and Nancy II, France, and accomplished his postgraduate studies (Master in Legal Theory, LL.M.) at KUB, and FUSL in Brussels, Belgium. He graduated from his PhD studies (Dr. iur. – J.S.D. equivalent) in 1998 at the University of Bonn, Germany, and qualified as professor in 2002 (Habilitation). In February 2003 he received his postdoctoral lecture qualification ("venia legendi") for Public Law, including Comparative Law, European Law, German and European Economic Law, especially Telecommunications Law. After acting for Chairs at the University of Hamburg, Germany and the University of Karlsruhe, Germany, he held the Chair for Public Law, Media- and Telecommunications Law, and Data Privacy Law at the Center for Applied Jurisprudence (ZAR) at the University of Karlsruhe from 2004 to 2007. From October 1st, 2017 until September 30th, 2019 Professor Kühling was Dean of the Faculty of Law at the University of Regensburg. Until 2016 he was member of the Scientific Study Group on Regulation at the German Federal Network Agency (Bundesnetzagentur) (German: Wissenschaftlicher Arbeitskreis für Regulierungsfragen der Bundesnetzagentur, WAR).

Prof. Juergen Kuehling has been a member of the Monopolies Commission since July 1st, 2016 and elected chairman since September 2020.